Microsoft Planner on Office 365 is one of the task and planning tools available for enterprise customers with a Microsoft 365 of Office 365 subscription.

Some people complain that it is just available as a web application in the browser. Microsoft Edge could do the trick and close the gap. 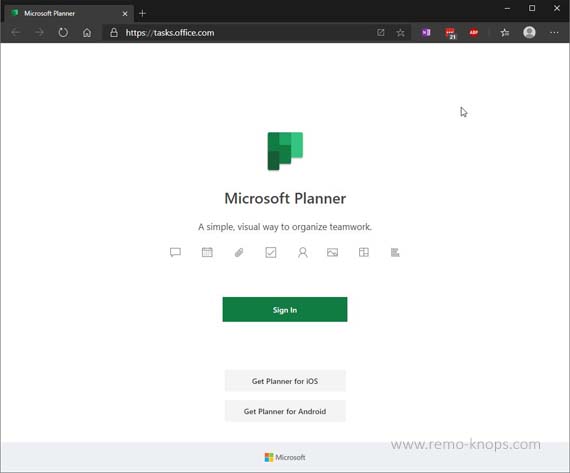 A little while ago I wrote about Mural, that I described as a digital workspace for Agile Scrum Teams and Business Model Innovation. The focus of Mural is mainly on the visual aspect, or in Microsoft terms I would compare it to Microsoft Visio, just cloud based with a library of templates.

I’ve also worked with JIRA in my professional life as product manager and manager development, which “is built for every member of your software team to plan, track, and release great software.” Key features are the Kanban boards and workflows. Microsoft uses Azure DevOps and Git Hub

Microsoft Planner takes the highly customizable kanban approach, combined with workflows and task management. In other words, for me it is JIRA for business users (not software developers). So it lets you manage your (simple) projects and workstreams for a team from your browser.

Unlike many other Office 365 applications there is no Windows 10 application or client available. 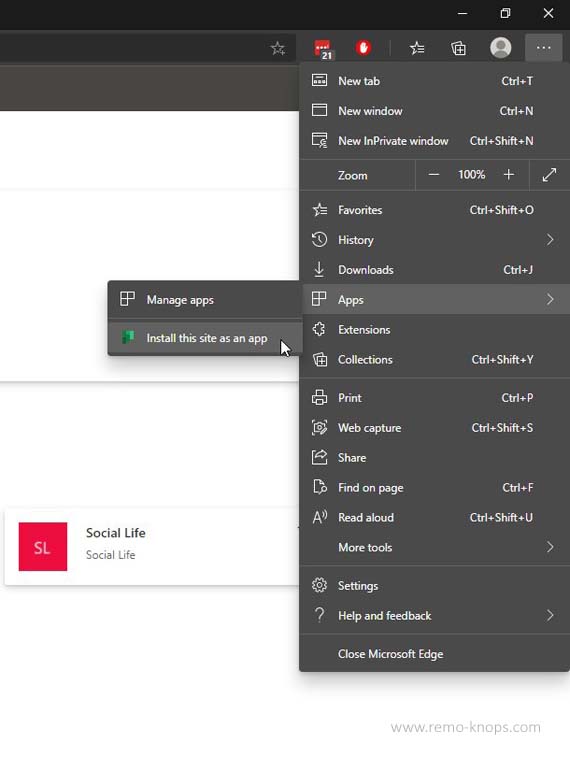 Microsoft completely rebuild their Microsoft Edge browser based upon the Google Chromium engine.

Please read the highly interesting background article on the Verge: “Inside Microsoft’s surprise decision to work with Google on its Edge Browser.” This Microsoft Edge browser rebuild brings a lot of advantages for Businesses as you can read over here.

I’ve installed Microsoft Planner as an App in Microsoft Edge Chromium. You do this by selecting the specific window tab, go to the pull down settings menu, select apps and choose the option “Install this site as an App.”. After you’ve done this you can pin the Microsoft Planner PWA App to taksbar and start menu in Windows 10.

If you need a bunch of screenshots and a step-by-step guide, please check out the article on Groovypost: “How to Install a Website as an App on Your Desktop with Microsoft Edge.” 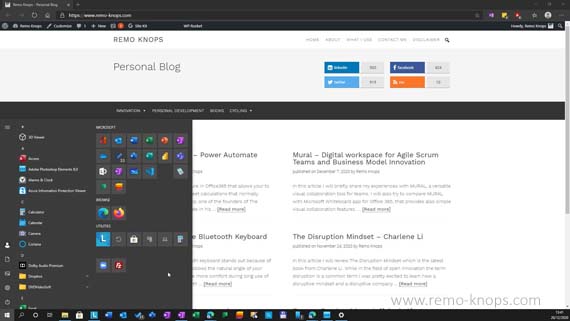 The user community has mixed feelings about the (un)availability of a Microsoft Planner for Desktop client on Windows 10. My personal opinion was at first mixed as well.

The Microsoft Office “core applications” all have super cool Windows 10 apps and this is what I have always used. However I’ve seen the (PWA) Web versions of Word Online, Excel Online, PowerPoint Online and OneDrive become very feature rich for the average user. While I still prefer a solid Windows 10 client for creative work, I can have a more lightweight app for task management.

In a next article I will have a look at the different task management experiences Microsoft To-Do, Microsoft Planner, Microsoft Lists and Microsoft Teams. An interesting starting point for this is the overview of Loryan Strant in his article “First Experiences with Microsoft To-Do.”

Do you use Microsoft Planner or Microsoft To-Do ?