As a non-developer I will try to do a brief comparison with Notepad++ , the code editor I used for editing php and css-files for this blog. 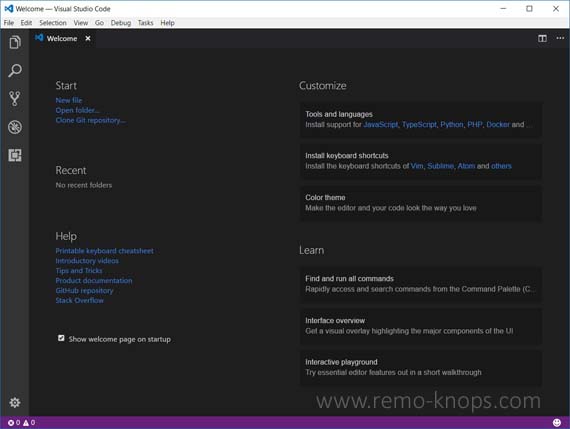 “Visual Studio Code is a lightweight but powerful source code editor which runs on your desktop and is available for Windows, macOS and Linux. It comes with built-in support for JavaScript, TypeScript and Node.js and has a rich ecosystem of extensions for other languages (such as C++, C#, Python, PHP, Go) and runtimes (such as .NET and Unity).”

I’m using Microsoft Visual Studio Code on two Windows 10 powered machines, a Dell M4700 laptop and the Microsoft Surface Pro.  Installation is as easy as downloading and running an installer for your preferred operating system. 🙂

Visual Studio Code has a very clean screen layout as you can see in the screenshot above. In the section below I will share a screenshot of Notepad++ so you can see the difference in look and feel. However let’s first describe the code editor and its building blocks. 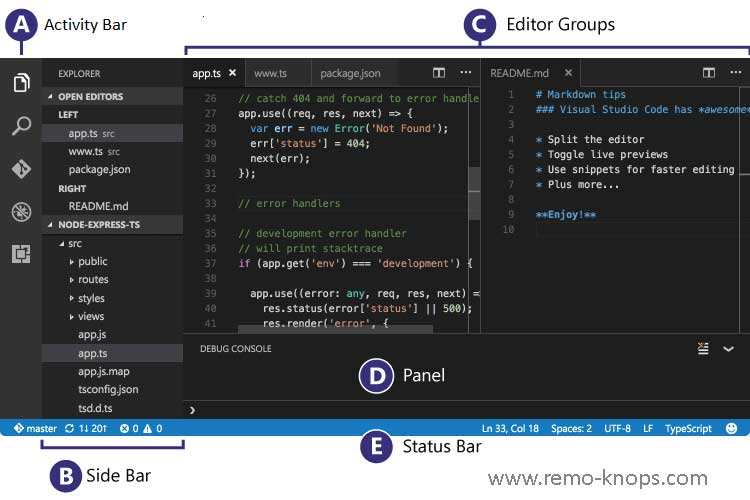 The unique marketed features of Visual Studio are: 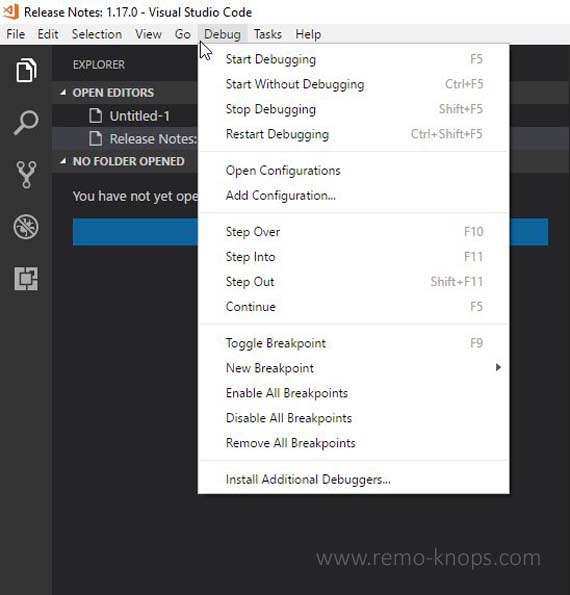 Personally the items below I find interesting, but as a non-developer I certainly don’t have the hands-on experience with these features. If you do feel free to comment on these.

I think the latter on is highly important in agile- and scrum based development environments. So cool stuff … 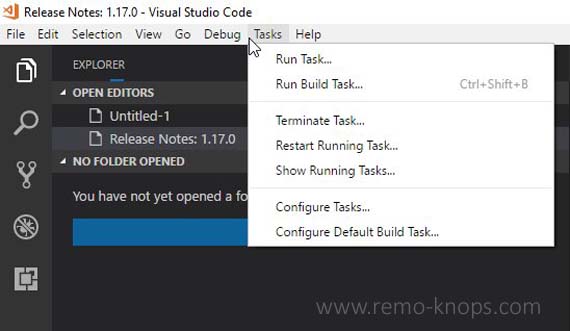 The menu structure of Visual Studio Code is pretty self-explanatory with the typical Microsoft Office File, Edit and View sections.

The Selection, Go, Debug and Task menu sections are your way into the development parts of the code editor. The screenshots provide a good overview of the different menu items in each menu. 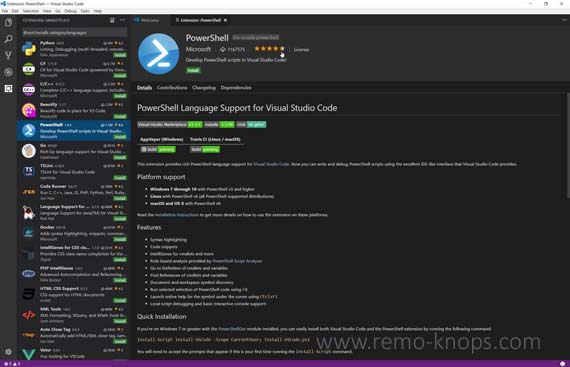 You can search in the Extensions marketplace for specific programming language tools or you can search on publisher.

There is also a browser version of the extensions marketplace so you can easily search through “Extensions for the Visual Studio family of products”. Please make sure to select Visual Studio Code in the top menu. 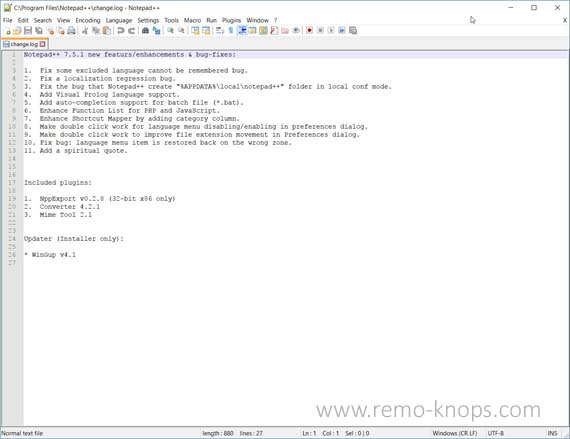 Please not I’m not a professional developer, so I might overlook some advanced features from both Notepad++ and Visual Studio Code.

The most obvious is the difference in look and feel. Notepad++ looks more like an older Windows application with a menu bar, an icon bar and below the text editor that looks like … yes … the default Notepad.

Notepad++ has also a plugin manager and the option to switch between different programming languages, however it doesn’t seem for me as versatile as the extensions market place from Visual Studio Code. The number of installs and

Visual Studio Code has a monthly update cycle in which new updates are released. This monthly update cycle can also be seen at for example Office 365- or the Power BI Desktop updates. If you want to get the full picture of what has been added in each release of this open source code editor please check the updates page. 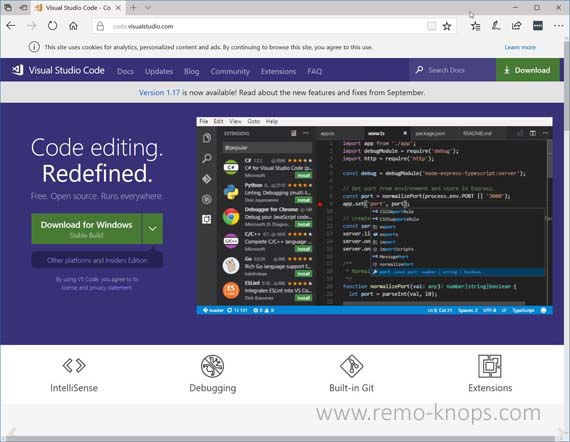 Visual Studio Code is an excellent code editor that builds upon the Visual Studio offerings and can be extended with a rich ecosystem of extensions.

Despite not being a developer I can see the potential of a code editor like Visual Studio Code. I don’t think you can go wrong with this free Swiss army-knife code editor from Microsoft.

If you want to check out what other open source software Microsoft engineers are developing, please check out Microsoft Open Source.

Paul Willen is a technical and functional SharePoint Consultant who helps organizations maximize value on SharePoint and Office 365.