The Giro Synthe is a widely used helmet in the professional peleton and is available in a MIPS version as Giro Synthe MIPS. Switching from the Giro Aeon helmet I’ll have a look at the design differences with special attention for the MIPS protection layer.

Finally I’ll share my experiences of the Giro Synthe MIPS on the road. 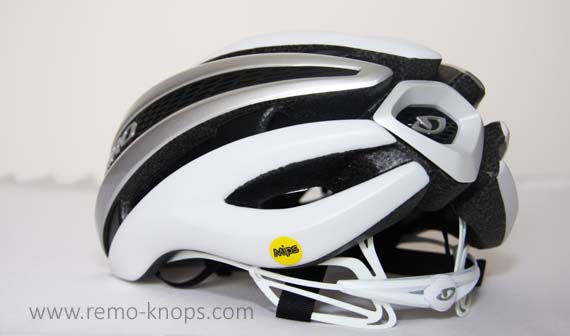 “The Giro Synthe is the pinnacle of road helmet design, combining the performance gains of an aerodynamic profile and light weight with great cooling power to enhance rider comfort and efficiency in road rides and races. The compact form slips through the air with ease across multiple yaw and head angles, and offers greater cooling power than the Giro Aeon. Key features include the Roc Loc® Air fit system with 2-way fit tuning and Aero Mesh Panels with a dedicated port for securely docking sunglasses as you ride. Synthe MIPS models are available with the Multi-Directional Impact Protection System that […] can redirect energy and provide more protection in certain impacts.”

The main driver to purchase the Giro Synthe MIPS is the enhanced safety over my current non-MIPS version of the Giro Aeon. In the light of the recent deadly accidents with cyclists over the past months, some extra safety isn’t a luxury item. 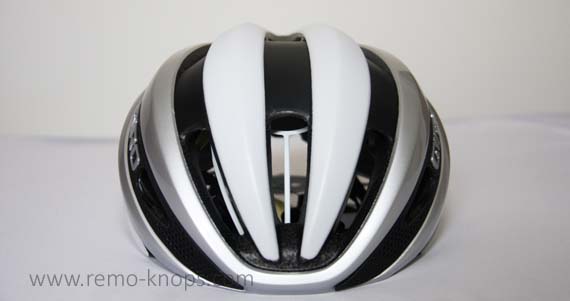 As I’m used from Giro, the Synthe MIPS comes with the Roc Loc fit system to easily fine-tune the fit of your helmet. Even on your bike you can adjust the Roc Loc system with a single hand. The straps are black, which is a better color choice than the white straps of the Giro Aeon that will eventually get dirty from sweat.

The Giro Synthe MIPS weighs 234 grams on my kitchen scales, which is 46 grams more than the Giro Aeon without MIPS. Both helmets come have the size small. I can live with the weight-penalty without even blinking an eye, simply because the MIPS technology gives me increased safety. Given the recent cycling accidents MIPS is not an obsolete luxury- or marketing item.

MIPS stands for Multi-directional Impact Protection System, and is being developed and tested since 1996.

The video above explains the MIPS technology in just a few minutes, while you can read the formal description on the MIPS Technology website.

“The MIPS Brain Protection System is a helmet-integrated, low-friction layer designed to reduce rotational motion transferred to the brain from angled impacts to the head. MIPS works by installing a thin (0.5–0.7 mm), ventilated, custom cut low-friction layer inside the helmet liner. The layer is held in place by an assemblage of composite anchors that flex in all directions. These anchors hold the layer in place, around the head, but provide a small movement in response to angled impact. MIPS’ small movement (10-15 mm) relative to the helmet at the brief moment of an angled impact (3–10 milliseconds) allows the head to continue in the direction in which it was originally traveling. This means that some portion of the rotational forces and energies acting on the head at impact are redirected and spread out thanks to the large low-friction layer, rather than being transferred to the brain.”

You can read through some of the R&D papers on the same MIPS technology website or check out the company history. 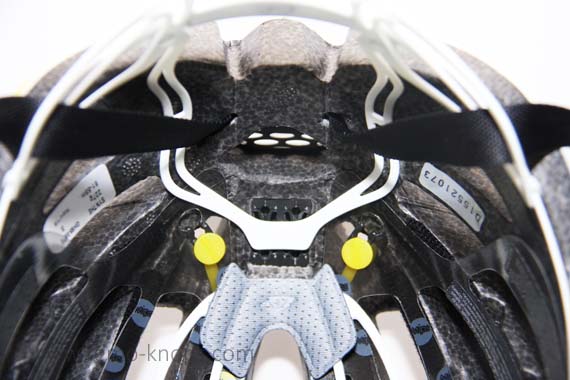 Furthermore I would like to recommend the CyclingTips article “Origins: The story of MIPS, helmet technology for brain-injury prevention” written by Matt Wikstrom. It tells the great story from fundamental scientific research to commercial products.

Giro Synthe MIPS on the road

Personally I found it more difficult to dock my Oakley Radar EV Path Prizm Road sunglasses in the Giro Aeon, probably due to the amount of vents. With the Giro Synthe MIPS there is a dedicated port for securely docking sunglasses as you ride. The dedicated port is in the Aero Mesh Panels and features some rubber grippers that keep your sunglasses in place.

The Giro Synthe MIPS is comfortable to wear and I didn’t have any issues on long summer rides.

In other words, it’s simply a good helmet for me. 🙂 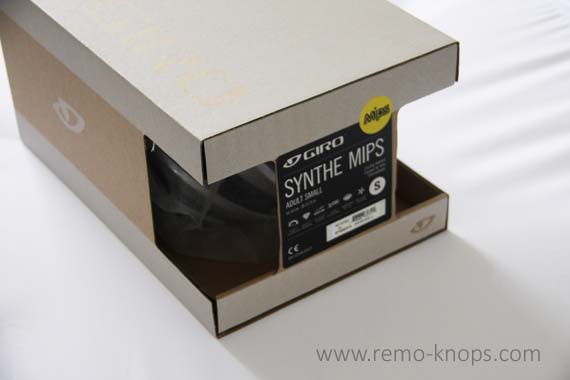 The Giro Synthe MIPS is being used by many professional World Tour riders in the peleton. There are even Giro Synthe MIPS team editions available for BMC Racing-, Katusha-and the Mash pro team.

Please spent some time going through the referenced CyclingTips article and the MIPS Technology website to get some context on the technology you buy. It’s not just fun to read but it might make the difference in case of an accident.

The Giro Synthe MIPS has been very comfortable to wear during the testing period and will be my preferred helmet I’ll use on all my rides. What helmet do you use ?